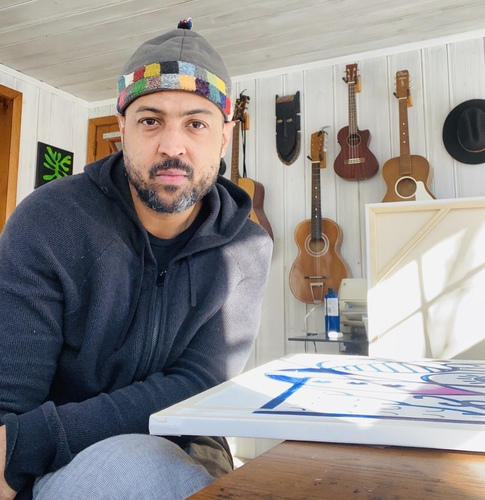 Based in New York, Domingo Carrasco’s work focuses on rendering the human form. His simplistic and sophisticated style celebrates a timeless age where elements of the past are constructed in new ways. Domingo’s practice utilizes fresh color palettes which emphasize and compliment his compositions. Utilizing a  variety of materials such as inks, acrylics , paper, and charcoal , Domingo is able to  further develop the figurative  language of his work.  Line plays a critical role in his explorations and form the basis for  almost all of his creations. Domingo was  born and raised in New York City where he completed his education  and later established a  career in the arts. He  continues to create is his home studio and his works have been acquired by private collectors throughout the country and abroad.